Photo by Mara Lavitt -- Special to the Hartford Courant
March 21, 2015, Middletown
The eighth FeatherFest was held in Middletown by the Connecticut Parrot Society providing visitors with education about parrots and other birds. Concetta Ferragamo of Binghamton, NY, the northeast regional director of the American Federation of Aviculture, brought Queen of Bavaria Conures, an endangered species from Brazil and Central America. Ferragamo says, "I'm passionate about aviculture, keeping the species, all of them, alive. The CITES and endangered species lists are growing every year. Unless we take them in as an avid aviculturalist, there will be no more." 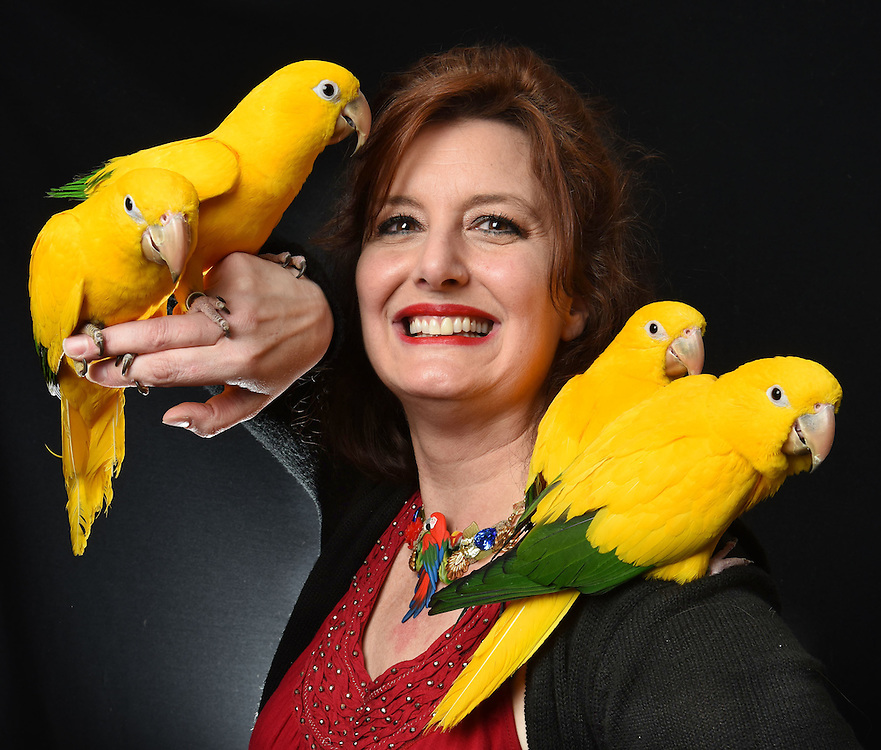